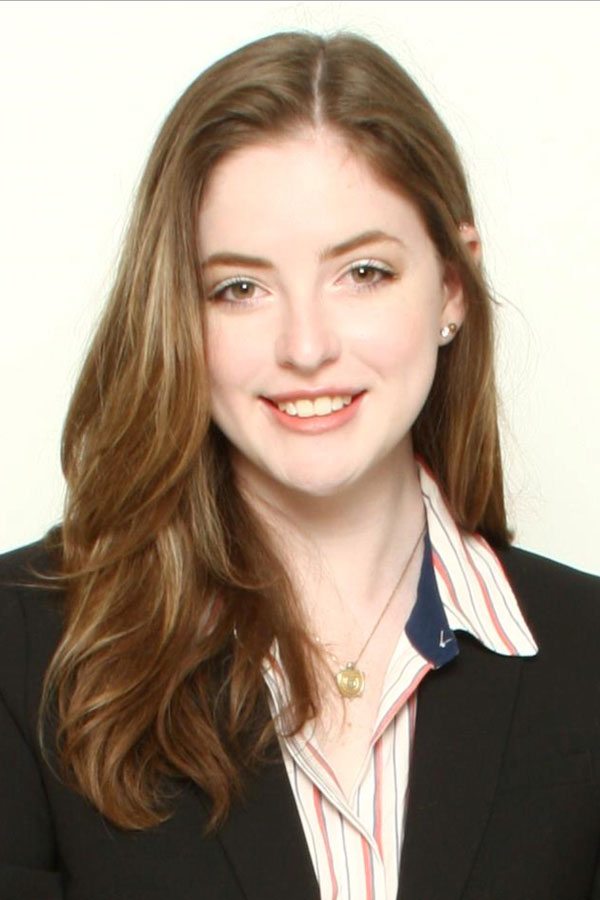 The 34-year-old Brott Music Festival is one of four anchor arts organizations in Hamilton, ON and is the largest orchestral music festival in Canada.

Brott Music presents classical, opera, jazz, Broadway, chamber, rock, pops, and education concerts of the highest calibre in the Golden Horseshoe. It is a fully incorporated, not for profit charitable organization with a dedicated Board of Directors, staff, and volunteer contingent.

Brott Music’s mission is to ensure that its music-making will enthrall every age, gender, and ethnicity; to impart a love of music from all our musicians to all of our audiences, to imbue those listeners with the desire and motivation to be better and more productive members of their communities and to enrich our community’s cultural tapestry.

"Brott Music believes in providing high quality musical experiences free of charge to those who may be unable to attend in a traditional concert setting. Citizens of the region have enjoyed performances at hospices, long term care facilities, churches, school gyms, Tiger Cat football games, on the street at Hamilton’s art crawl and even a popup Handel’s Messiah at a shopping mall."

Brott Music believes that music should be celebrated alongside other art forms to enhance our audience’s experience. You will find our orchestra performing alongside painters and Prime Ministers; ballet dancers and blues bands; authors, acrobats, astronauts and Arkells!

Brott Music’s artistic vision reaches far beyond being a music festival. The goal to ensure our music and mission are diverse and inclusive of people of all ages, financial means and cultural backgrounds including Indigenous artists and audiences.  BMF increases accessibility to the arts through dynamic programming and affordable price structures in a variety of spaces.

The National Academy Orchestra of Canada

The National Academy Orchestra of Canada whose mentor-apprentice approach is the only program of its type in Canada, provides on-the-job training for Canada’s finest music graduates, who are paired with mentors from Canada’s finest orchestras. They also receive career management advice in addition to a rigorous professional schedule of rehearsals and performance.

This fully professional orchestra is auditioned annually and 41 members selected from over 500 applications and has been invited to perform at the Toronto Summer Music Festival, Windermere in Muskoka and Parry Sound’s Festival of the Sound. To date, over 1200 have graduated the program.

Visit the NAOMeet Our 2021 Orchestra

BrottOpera—a professional training program for emerging professional opera singers, who are given the opportunity to rehearse and perform a fully staged opera and Pop Opera each year with the National Academy Orchestra.

Brott Opera was established in 2015 to fill the artistic void left by the closing of Opera Hamilton/Opera Ontario in the region. Artistically it is led by conductor Boris Brott and employs opera administrators, production teams and established "mentor" artist from across Canada and internationally.

Founding Artistic Director Boris Brott is an internationally renowned, pioneering Canadian conductor who is a member of the Order of Canada, the Order of Ontario, and the Order of Quebec. In 1988, then-Mayor of Hamilton Robert Morrow asked Boris to organize some musical events in the summer for a group of international delegates visiting the City. Brott Music has grown from a 10-day event (then called Boris Brott Summer Music Festival) to one of Hamilton/Halton regions’ most respected year-round cultural cornerstones.

Memorable moments in its three-decade history include a performance for Pope John Paul II and 800,000 at World Youth Day in Toronto in 2002; a Junos performance in 2015 and a popup concert launching Arkells new album High Noon in 2014 that CBC’s Adam Carter called “One of the coolest musical performances I have ever seen.”

Since 1999, Brott Education Concerts have impacted over 270,000 students (pre-K to gr. 8) by introducing them to the sounds and experience of a live orchestral performance. These productions are often themed with social issues such as bullying, tolerance and racism. Programs such as Music & The Inuit Spirit, Music &The Underground Railroad and Beethoven & The Bully garnered Brott a National Child Day award.

Boris Brott is one of the most internationally recognized Canadian conductors, holding major posts as Music Director and Principal Guest Conductor in Canada, Europe and the United States. He enjoys an international career as guest conductor, educator, motivational speaker and cultural ambassador.  Currently, Mr. Brott is Artistic Director of the Orchestre Classique de Montreal (formerly McGill Chamber Orchestra), Founding Artistic Director of the Brott Music Festival in Hamilton, ON, established in 1988 and developed into one of Canada’s largest classical music festivals. Brott Music is home to the National Academy Orchestra of Canada, a unique professional training Orchestra, conceived by Brott and recognized as a national training program by the federal government. In 2015, he founded BrottOpera to fill the cultural void left in Hamilton, Ontario when its opera company folded and also features an emerging professional artist program.

Internationally, Mr. Brott has served as Assistant Conductor to the New York Philharmonic under Leonard Bernstein, and as Music Director and Conductor of the Royal ballet, Covent Garden (two years), Northern Sinfonia (five years) and the BBC Welsh Symphony (seven years). In 2000, Mr. Brott conducted Leonard Bernstein’s Mass for Pope John Paul II at the Vatican as part of Jubilee 2000. In May 2014, he conducted a concert at the Vatican for Pope Francis, celebrating the 97th birthday of Cardinal Domenico Bartolucci, Music Director of the Sistine Chapel for 45 years. He is Conductor Emeritus of the New West Symphony in Los Angeles, which he developed and was Founding Music Director.

In Canada, he has developed no less than six Canadian Orchestras, most notably the Hamilton Philharmonic Orchestra, where he was Music Director for 23 years. There, he transformed not only the orchestra, but the City of Hamilton itself. He was at the forefront of making over the City’s identity from “Steeltown” to cultural and musical hub. He helped to oversee the planning, acoustics and construction of the world-class performance venue Hamilton Place, built in 1973 (now known as First Ontario Concert Hall). Internationally renowned musicians from all genres including Jascha Haifetz and Harry Belafonte came to the City regularly to perform with Boris, rock bands like Tranquility Base featuring Ian Thomas were in-residence, and The Canadian Brass was formed.  Brott and his orchestra received international media attention when they performed in the blast furnaces of Dofasco Steel Mill with Maestro, orchestra and onlookers outfitted in hard hats as they played. He was also Principal Youth and Family Conductor of the National Arts Centre Orchestra in Ottawa and the Toronto Symphony Orchestra for decades.

In the 2000s, he was a sought-after Maestro in Italy’s most famed theatres and opera houses, where he conducted many full operas in addition to symphonic repertoire.  He served as Principal Guest Conductor at the famed Teatro Petruzzelli in Bari. In Trieste, he conducted regularly at the opera house Teatro Verdi and made guest appearances at Naples’ Teatro San Carlo and performed regularly at the world famous Arena di Verona, culminating in 13 performances of Bizet’s Carmen in its famous amphitheatre.

Mr. Brott has received many awards, accolades, and distinctions throughout his career. In 1987, he was made Officer of the Order of Canada. He was awarded an Honourary Doctor of Law in 1988 at McMaster University, was made a Knight of Malta in 1990, selected as “International Man of the Year” by the International Biographical Centre, in Cambridge England in 1992 and was elected a Fellow of the Royal Society of Arts of Great Britain in 1996. In December 2006, he was inducted into the Order of Ontario, Canada, the province’s highest civilian decoration and in November 2007, the National Child Day Award for introducing over 2 million young people to classical music. In November 2013 he was awarded an Honorary Doctorate in Music from his alma mater, McGill University. In June 2014 he was inducted by Premier Phillipe Couillard as an Officer in the Order National du Quebec, his native Province. In 2007, he was awarded the Lifetime Achievement Award by Tourism Hamilton.  and was the recipient of the National Child Day Award for his work in introducing classical music to nearly 2 million children in the course of his career. In 2006, Boris was voted one of the top five “Greatest Hamiltonians of All Time” by Hamilton Spectator readers.

Boris Brott has a commitment to the development of new audiences and young artists. In 2015 Boris Brott and the NAO joined local rock group Arkells at their live performance at the Juno Awards. He also introduced a program called Orchestrate Hamilton, which involves collaborating with local artists and orchestrating their original music for performance. He has developed a corollary career as a motivational speaker giving presentations annually to Fortune 500 companies around the world linking music and business. The speeches centre on the teamwork, creativity, and leadership.

Mr. Brott is married to Ardyth Webster Brott an attorney and author of several children’s books, including The Loneliest Piano, Jeremy’s Decision and Pepe’s Journey.  They are proud parents of three, doting grandparents to four, and reside in Hamilton, Ontario, Canada.

Brott Music saw COVID-19 as an opportunity to innovate and adapt. The result -mainly through digital pivoting – was staff & musicians remained employed, musicians and singers were trained, and world class artists/scholars/teachers joined Brott Music to bring a different type of musical experience to audiences in their own home.

Brott Music Live was a series of informal concerts that highlighted the Festival’s original planned 2020 programs through interviews, performances and Zoom round tables. These were streamed from artists’ homes to Facebook and YouTube, most notably a fully virtual Mozart Don Giovanni opera, orchestral musicians performing at various Hamilton landmarks and their own hometowns

Brott Music’s Virtual Orchestral Training saw the creation of a 7-week online, virtual “from home” training program for 54 emerging professional musicians from across Canada.  A documentary-style performance of Canadian composer John Estacio’s Filumena was filmed safely at First Ontario Concert Hall digital use as was Handel’s Messiah, released on new Brott To You channel in time for Christmas.  2020 also saw the premiere of Brott Backstage – Cable 14 broadcasts free content to patrons of all ages and musical tastes throughout the City of Hamilton, hosted by Maestro Boris Brott.